This morning Wexford General Hospital announced that it will open a state of the art Early Pregnancy Assessment Unit in June 2017. This purpose-built facility will house the entire early pregnancy service in one unit, with the dedicated aim of improving the care, dignity and privacy of women in early pregnancy.

The new unit, which will cost €1.1 million to build, is to be named the “Herbert Amon Wing” after the popular local man who left his life savings to the Friends of Wexford General Hospital. Better known as Herbie to his friends, the familiar face from The Wool Shop in South Main Street drew praise from Chairman of Friends of Wexford General Hospital, Ciaran Sheridan:

“Herbert was very clear on how he wanted this money used and it is our duty to see that his wishes are honoured. He was, I believe, a quiet man but his foresight will now touch the lives of almost 3,500 mothers attending the Unit each year.”

Ciarán went on to explain how the Herbert Amon wing would benefit the local community in many diverse ways: “we are using a local building firm, employing local tradespeople to complete this work, all so that local mothers to be can have a world class facility right on their doorstep.

“This project epitomises everything that The Friends of Wexford General Hospital is about: local people putting their hard earned money into ensuring our hospital is fit for purpose and the very best facility it can be.”

Billy Mythen of Mythen Construction who will work on the project said “it is a great privilege to be associated with a job with so many local connections. It is also a great honour to be carrying out the wishes of such a generous and esteemed local man”

The charity organisation Friends of Wexford General Hospital is now looking forward to its next project which is to raise funds for a much-needed MRI scanner for Wexford General.

The charity needs to raise approximately €300,000 in order to secure the scanner in a funding drive that is fully supported by Wexford General Hospital and the Ireland East Hospital Group. “an MRI scanner is quickly becoming a minimum requirement for a functioning hospital and Wexford General needs one immediately,” Sheridan explained. “This is now our main focus and we need to get everyone informed and motivated to help us raise the necessary funds.” 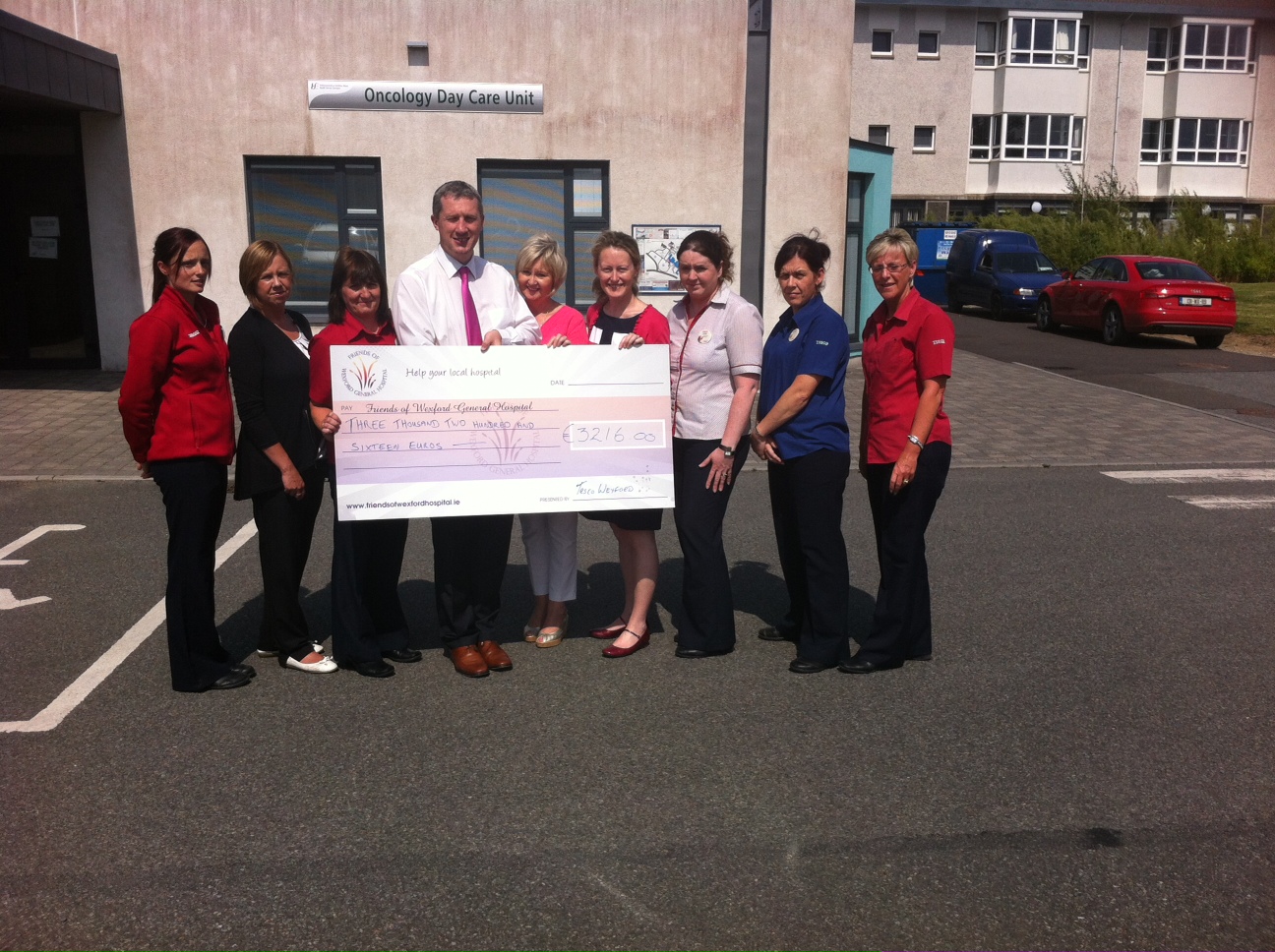